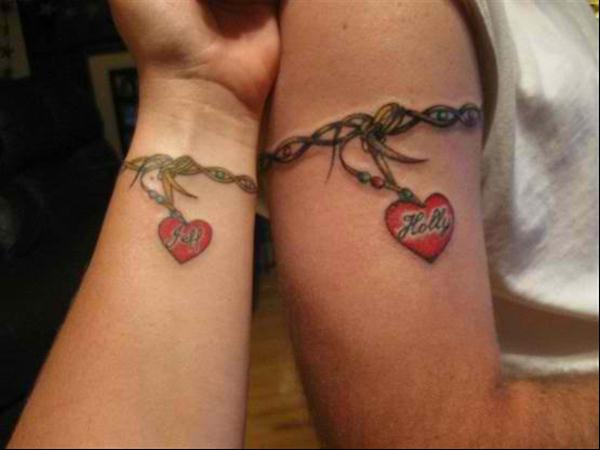 Codependency is sometimes referred to as relationship addiction. It may not be the easiest to define so here are three definitions, which are a mix and match from what I found online:A psychological condition or a relationship in which a person is controlled or manipulated by another who is affected with a pathological condition — typically narcissism or addiction. In broader terms, codependency is also defined as “an emotional, psychological, and behavioral condition that develops as a result of an individual’s prolonged exposure to, and practice of, a set of oppressive rules.”

And in simpler terms, it is excessive emotional or psychological reliance on a partner, typically a partner who requires support due to an illness or addiction.
WHAT IT REALLY ISSo, codependents revolve their lives around the problems of the other person – be it alcoholism or addiction to drugs, food, work or sex; or a narcissistic boss at the workplace. It could also be a family member with a mental or physical illness. By placing a lower priority on their own needs, codependent people depend on the needs of, or control by, the other person. They keep themselves excessively preoccupied with a child, or with someone who has a problem like a partner, parent or coworker. Codependency occurs in any type of relationship, including family, friendship, work and also romantic, peer or community relationships. Like other types of addictions, codependency can also be characterized by denial, low self-esteem, and excessive compliance or control patterns. Naturally, they often form or maintain relationships that are one-sided, emotionally and psychologically destructive and/or abusive. There are two subtypes of codependency; they can be passive or active or some degrees of both. Passive, meaning they can be people-pleasing, and those are usually fearful and avoidant of conflict. Active, means the bolder and controlling type who tries to manipulate the other. Interestingly, because of the secret and hidden nature of their control strategies, passive codependents are perceived as more manipulative than active ones.    In addictive relationships, behaviours, thoughts and feelings go beyond normal level of self-sacrifice or care-taking. Parenting, for example, is quite a responsibility. It requires a fair degree of self-sacrifice and giving a child’s needs a high priority, though a parent could still be codependent towards his/her own children if the parental sacrifice and care-taking reached unhealthy or destructive levels. Generally speaking, a parent who takes care of his/her own needs — emotional and physical — in a healthy way will be a better caretaker; whereas a codependent parent may be less effective, or may even do harm to a child by crippling them with their extra attention and overprotectiveness. To look at it differently and as written in some of the sources I consulted before writing this piece, the needs of an infant are necessary but temporary, whereas the needs of the codependent are constant. People who are codependent often take on the role of the overprotective mama hen. They neglect themselves and constantly put others’ needs — like health, welfare and safety — before their own. In doing so they forget to take care of themselves; they lose contact with their own needs, desires, and sense of individuality. They simply forget who they are at the core and lose their personal identity in others and their problems.  For the codependent, the thought of being alone with no one needing them seems unacceptable. They often feel an intense anxiety around interpersonal relationships, and this preoccupation sort of convinces them that they are “needed.” They are addicted to helping others, they need to be needed. Dedicating themselves to the needs and wants of others makes them feel safe. The validation is received through the feeling of being needed and through seeing themselves as saviours. This validation is one of the main reasons codependents have a hard time leaving the toxic relationships they are attracted to, even when they are clearly unsatisfactory. They are often locked into a cycle of trying to save their partner or the relationship over and over again, waiting for that “one day”. This act, however, keeps feeding their self esteem, which is naturally low. Such relationships can last for some time but eventually they become unsustainable due the exhaustion of the helper’s physical, emotional, or financial resources. Expectedly, they also cause tension, anxiety and resentment. Codependents find that their happiness depends upon another person, a relationship, or finding the right partner. They focus their thinking and behaviour around someone they cannot control, which naturally leads them to unhappiness. Therapists believe that by trying to constantly control, hide and regulate, codependents become part of the pattern so their very existence reinforces the behaviour of the other. Sometimes, the addiction is so strong that the ‘help’ the codependent believes is offering ends up by causing the other person to continue to be needy by supporting and enabling their addiction, or the underachievement or the poor physical or mental health. This behaviour is called ‘enabling’.In the case of alcoholic and addicts for example, enabling can indeed be the reason why they stay addicted. When codependents get into arguments they tend to assume the victim mentality — the poor little me mindset. The times they do stand up for themselves, they feel guilty about it. In some cases, when the addict recovers, codependents may move on to other relationships and undertake the saviour role again, looking for new validation and appreciation for their efforts. According to Mental Health America the following are characteristics of codependency:

It’s important to note that codependency does not refer to all caring behavior or feelings, but only those that are excessive to an unhealthy degree. Those same relationships are commonly built on attachments, which is exclusive and limiting, not on love which is inclusive and selfless. This is a brief comparison between Love and Attachment that I have written not so long ago for those who are interested. When codependency isn’t treated it can lead to more serious problems like alcoholism, drug addiction, eating disorders, sex addiction, even excessive shopping, gambling, exercise and work among other self-destructive behaviours. As a consequence, many codependents end up living in dysfunctional families.

In dysfunctional families, problems are not acknowledged, sometimes they are even denied altogether. Members learn how to repress their emotions. They ignore their needs and feelings by learning a set of beliefs and behaviours that can be helpful to the survival of the family despite the existing dysfunction. These taught beliefs and behaviours do not usually last too long, which obviously leads to further complications to the lives of the family members as well as to the initial codependency problem. Studies show that people with codependency are also more likely to attract further abuse from aggressive individuals, more likely to stay in stressful jobs or relationships, less likely to seek medical attention when needed and are also less likely to get promotions and tend to earn less money than those without codependency patterns. In some cases, the social insecurity caused by being in an addictive relationship can develop further into full-blown social anxiety disorders like social phobia, avoidant personality disorder, painful shyness. Other stress-related disorders like panic disorder, depression or PTSD may also arise. Another reason why acknowledging and healing from this addiction could be a real life saver. The earlier the better. RECOVERYJust like any other type of addiction, there are various recovery paths for individuals who struggle with codependency. Behavioral psychotherapy is one, which is sometimes accompanied by chemical therapy for the depression that could result, though I am never in favour of seeking solutions in pharmaceuticals. Dialectical behavior therapy (DBT) is another, which is a more specialized form of cognitive-behavioral psychotherapy. There are also support groups such as Co-Dependents Anonymous (CoDA). Apart that, there are always the good ol’ natural food supplements suggested by therapists and healers like Tyrosine, Glutamine and Magnesium. They stabilize the mental functioning and keeps it calm yet alert. I believe that a healthy diet and lifestyle will always help whatever it is and should actually be adopted whether there is healing or not.   It is widely suggested that one of the best ways to move out of a codependent relationship and heal is to stop focusing on the other, and to focus on one’s self and health. To do this requires making choices independent of their needs. In many cases, the new behaviour pushes them to get well or possibly heal themselves. If they don’t prioritize their life choices and respect your own then the healthiest thing to do for both is to maintain boundaries. It’s one decision away after all.In summation, when someone derives their happiness from other sources they can never be truly happy. They will eventually suffer because one day they will lose that source. We all know that happiness is a state of being and it starts with the self, deep within. If you don’t first love yourself you cannot love others or lead a happy, healthy life. In the case of codependents, their happiness as well as their own self-worth stems from others. But just like other addicts, once they are free from their attachments they can resume life normally and start a new page…only if they choose to of course.

This article originally appeared at OneLuckySoul