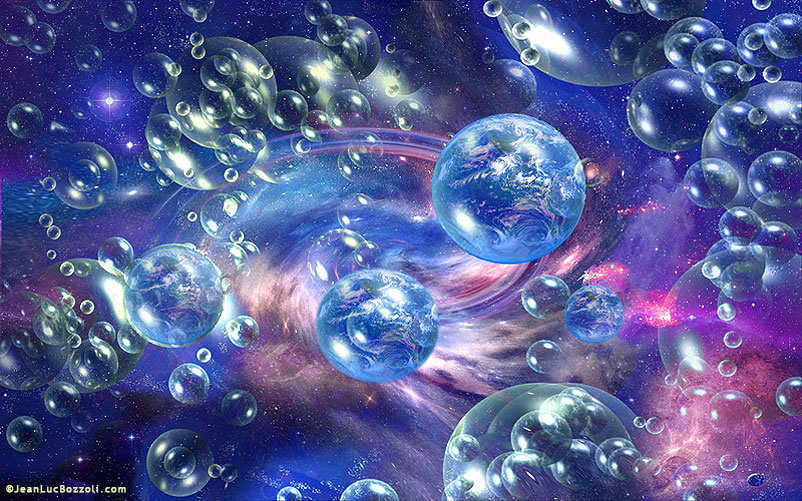 Can you explain in more detail about multiverse theory? Would each multiverse have different natural laws? Or would they all still operate under the same fundamental laws as us? Or both? Do they all come from what we see as the center of ours, or do they each have their own expansion/big bang beginnings?

by Ethan Siegel | Starts With A Bang

There’s a lot of ground to cover here, so let’s start on some solid footing: the Universe we know, love, and can observe. Let’s take a look.

Every single point you see in this video is a galaxy, containing anywhere from many millions to trillions of stars; the largest among them are thousands of times the mass of our Milky Way. And still, this amazing flight through the Universe, above, only shows us somewhere around 0.0002% of the galaxies visible to us in our Universe!

By looking at an unremarkable, small patch of sky that doesn’t appear to have any remarkable features in it — no bright stars, no nearby galaxies, no dust or neutral gas clouds — and pointing the Hubble Space Telescope at it for a total of 23 days worth of time, we were able to discover over 5,000 galaxies present in the distant Universe. Since it would have taken 32 millionof these regions to cover the entire sky, we know there are at least hundreds of billions of galaxies in our Universe today.

On the largest scales, the range of our cosmic vision extends for around 46 billion light-years in every direction. Beyond that, we’re limited only by the facts that the Universe has a finite age and that the speed of light is finite.

But — to the best of our knowledge — the Universe continues beyond that! As far as our observations teach us, there’s nothing special about our location in space or what we see; the Universe appears to be roughly the same in structure, density, and all properties no matter where we look.

We can even look at the cosmic microwave background (CMB), the leftover radiation from when the Universe was so hot that it couldn’t form neutral atoms because they’d be instantly blasted apart.

This is a snapshot of the radiation in the Universe from nearly 46 billion light-years away in all directions; it was emitted at a time just 380,000 years after the Big Bang occurred. Everything we see indicates that not only is the Universe approximately the same in its density and properties everywhere, but we learn that the laws of physics are the same everywhere in the Universe, and also that the Universe doesn’t double back on itself like a closed surface.

And despite the unknown scale of the enormity that is our Universe, all our observations tell us that no matter how big it truly is, every single part of it (including any region unobservable to us) has the following properties:

In other words, even beyond the observable Universe, there’s just more of the same Universe, or what we ought to call a Level 0 Multiverse, which isn’t a multiverse at all!

And yet, we think there is a multiverse, not just our Universe, because of how we think our Universe got its start.

You see, the Universe is expanding today — and has ever since the Big Bang — in direct relation to the amount of matter and energy present in the Universe. When it was younger, hotter, denser and more energetic, the expansion rate was faster. Today, the energy density is lower than it’s ever been, and continues to decrease, asymptoting to a small but non-zero value.

That non-zero value of energy that it’s heading towards is known as dark energy, and is an energy intrinsic to space itself. It’s very small, but the matter and radiation continues to dilute in our ever-expanding Universe, while dark energy remains constant. As a result, dark energy has already become the most important contributor to our Universe’s expansion rate.

The most amazing thing about it, though, is that this is exactly what the Universe was doing before the Big Bang, only with a much greater energy and at a much faster rate! This was the period known as Cosmic Inflation.

Inflation causes whatever spacetime it acts on to expand exponentially, and if it occurred in the past with a large amount of energy, that exponential expansion was tremendously fast! In just a matter of 10^-32 seconds, a region the size of a subatomic particle would have expanded to be larger than our observable Universe is today.

Because of the properties of quantum field theory, no matter how inflation began, most regions of space (once inflation begins) will continue to inflate for eternity, continuing the exponential expansion forever. But that very clearly didn’t happen in our part of the Universe; inflation ended at some point, and gave rise to the Universe we inhabit today. By whatever mechanism inflation ended for us, it should also be able to end in any other region of space!

Even though the inflating regions grow faster than the ones where inflation ends, there should also be a huge number of disconnected regions of spacetime where inflation comes to an end, marked with an X, below.

These separate regions, disconnected from one another, all experience a Big Bang when inflation ends, independent of each other. That’s what we call aLevel 1 Multiverse. In fact, we normally delineate four distinct levels of Multiverse, and this first one — in the context of cosmic inflation — most definitely occurs.

So that answers Jeremy’s final question: there are Universes out there, completely separated from our own, that have completely independent Big Bang events from the one that spawned our Universe-as-we-know-it.

But what about these other Universes? Is it true that they must have the same fundamental laws as ours?

A Level 2 Multiverse hypothesizes that the physical constants of different Universes would be different from our own. This is based on a set of important assumptions that generally goes unsaid.

Let’s take a look at what we know about inflation, and what occurs at the end of it.

Cosmic inflation is generally considered to be a quantum field that has a certain non-equilibrium value during most of inflation, but when inflation ends, it heads down to the equilibrium value. We know, from measurements of the CMB, that near the end of inflation, its energy was well below (by a factor of 1,000 or so) the value at the Planck scale, which is normally assumed to be the energy at which constant-determining symmetries would be broken. Only in the case of the orange curve, above, and only in the case where the orange curve’s minima have different values than one another, and furthermore only in the cases where the inflationary field couples to the various fundamental constants would different Universes even be allowed to have different constants.

There are, in fact, good reasons to believe that other instances of symmetry breaking — electroweak or Higgs symmetry breaking, for example — leads tono changes in fundamental couplings or constants: we’ve seen different regions where that’s happened in our observable Universe and the constants are no different!

So as appealing as the idea is that there are other Level 1 Multiverses out there with different constants than our own, we have good physical reasons based on observable evidence to think it’s unlikely, and zero good reasons (because wanting it to be so is not a good reason) to think it’s likely.

And what of the higher-level multiverses out there?

You only encounter those if you’re willing to deliberately misinterpret themany-worlds interpretation of quantum mechanics.

There are some who (erroneously) claim that every time a quantum “decision” is made, you find yourself either following the path of one Universe or another that was completely parallel to it until this decision was made.

Although this is a romantic and in some ways attractive notion, it’s not what the physics actually states! There are a whole lot of terms that make non-zero contributions to the Universe’s wavefunction, not a whole lot of Universes that exist, and that when you make a measurement you force yourself into one and not another. In other words, the physics of the many-worlds interpretation tells us that the quantum wavefunction of the Universe can be interpreted as being intrinsically a superposition of states,not that all possibilities happen in a Universe somewhere. The many-worlds interpretation is completely valid (just as many others are as well), but that does not mean that parallel Universes identical to our own necessarily exist!

And finally a Level 4 Multiverse is so far out there in the land of unfounded conjecture that it isn’t worth considering for more than a sentence: it states that all conceivable mathematical structures that could possibly govern a Universe do, and all those hypothetical Universes exist. This is fine if you’re into imagined ideas, but until (and unless) you figure out a conceivable way that this would impact the Universe in principle, your idea cannot be considered a scientific one.

So to recap for Jeremy:

And that’s how deep the multiverse goes!