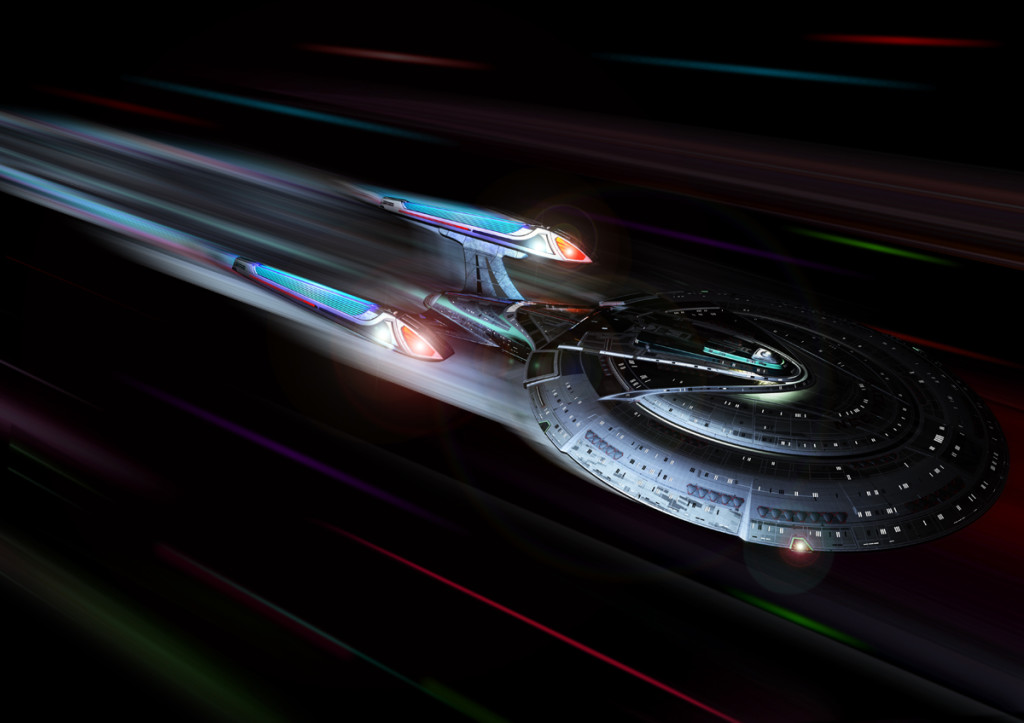 Every action creates an equal and opposite reaction. It’s perhaps the best known law of physics, and Guido Fetta thinks he’s found a way around it.

According to classical physics, in order for something—like a spaceship—to move, conservation of momentum requires that it has to exert a force on something else. A person in roller skates, for example, pushes off against a wall; a rocket accelerates upward by propelling high-velocity combusted fuel downward. In practice, this means that space vessels like satellites and space stations have to carry up to half their weight in propellant just to stay in orbit. That bulks up their cost and reduces their useful lifetime.

With that in mind, Fetta designed what he called the “Cannae Drive,” which he claims creates momentum without pushing against seemingly anything at all. He recently convinced a team at NASA to test it, who presented the results at a conference yesterday. A schematic of the lower half of the Cannae Drive cavity

The NASA team, using a torsion pendulum, or a device that can measure minute forces, found that Fetta’s drive created 30-50 micronewtons’ worth of thrust. That’s not a lot of force—even one whole Newton is less than the weight you feel in your hand when you hold an iPhone—but according to the laws of classical physics, Fetta’s device shouldn’t have produced any at all.

Fetta, an independent inventor with a background in chemical engineering,explains that the drive is a “superconducting resonating cavity.” According to him, the cavity is designed with little wells along the bottom edge to trap electrons, so that when electromagnetic waves bounce around inside the cavity, more electrons push up on the top surface of the cavity than push down on the bottom. This imbalance, Fetta says, creates upward thrust.

In the paper, NASA seemed reluctant to dive into the drive’s mysterious physics. They wrote nothing to suggest how, exactly, the force was produced. In fact, the mysterious drive actually worked even when they modified it in such a way it shouldn’t have produced any thrust, suggesting the mechanics of the system are hazily understood. The one exception was a reference, in the paper’s abstract, to a possible interaction with the “quantum vacuum virtual plasma.”

David Hambling, writing for Wired.co.uk, explains what that might mean:

This […] implies that the drive may work by pushing against the ghostly cloud of particles and anti-particles that are constantly popping into being and disappearing again in empty space.

A similar “microwave thruster” drive, proposed by British engineer Roger Shawyer, was tested last year by a Chinese team. Those results were largely dismissed. NASA’s results, though, seem to lend some credence to the idea that supposedly impossible “unbalanced forces” can actually result in momentum.

The NASA team stresses that the drive needs to be tested more thoroughly—but if it really works, it could be a major breakthrough for deep-space exploration. Because a drive like this could be powered solely by solar energy, satellites and space stations could stay on course and in orbit without having to lug around so much propellant.

A working microwave thruster would radically cut the cost of satellites and space stations and extend their working life, drive deep-space missions, and take astronauts to Mars in weeks rather than months.

We still don’t know if Fetta’s propellant-less drive works the way he claims it does—and we need more evidence before we can be sure that it even works at all. But if it does—watch out, space. We’re coming for you.

This article first appeared at pbs.org