The idea of parallel universes, once consigned to science fiction, is now becoming respectable among scientists – at least, among physicists, who have a tendency to push ideas to the limits of what is conceivable.

In fact there are almost too many other potential universes. Physicists have proposed several candidate forms of “multiverse”, each made possible by a different aspect of the laws of physics.

The trouble is, virtually by definition we probably cannot ever visit these other universes to confirm that they exist. So the question is, can we devise other ways to test for the existence of entire universes that we cannot see or touch?

In at least some of these alternative universes, it has been suggested, we have doppelgängers living lives much like – perhaps almost identical to – our own.

Giordano Bruno speculated that the Universe might be infinite

That idea tickles our ego and awakens our fantasies, which is doubtless why the multiverse theories, however far-out they seem, enjoy so much popularity. We have embraced alternative universes in works of fiction ranging from Philip K. Dick’s The Man in the High Castle to movies like Sliding Doors.

Indeed, there is nothing new about the idea of a multiverse, as philosopher of religion Mary-Jane Rubenstein explains in her 2014 book Worlds Without End.

In the mid-16th century, Copernicus argued that the Earth is not the centre of the Universe. Several decades later, Galileo’s telescope showed him stars beyond measure: a glimpse of the vastness of the cosmos.

So at the end of the 16th century, the Italian philosopher Giordano Bruno speculated that the Universe might be infinite, populated by an infinite number of inhabited worlds.

The idea of a Universe containing many solar systems became commonplace in the 18th Century.

By the early 20th Century, the Irish physicist Edmund Fournier d’Albe was even suggesting that there might be an infinite regression of “nested” universes at different scales, ever larger and ever smaller. In this view, an individual atom might be like a real, inhabited solar system.

Scientists today reject that notion of a “Russian doll” multiverse, but they have postulated several other ways in which multiverses might exist. Here are five of them, along with a rough guide to how likely they are. 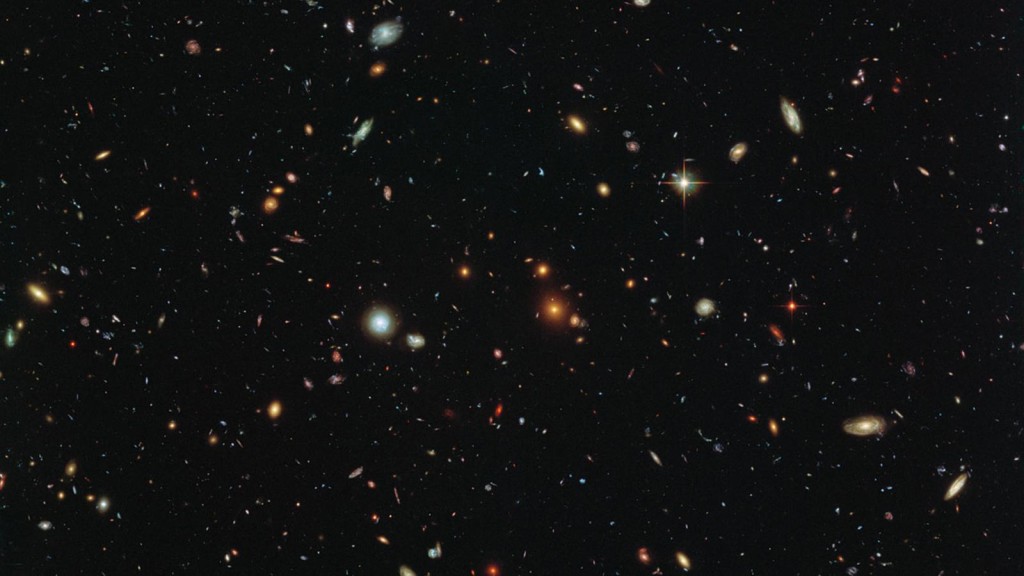 The simplest multiverse is a consequence of the infinite size of our own Universe.

There must be worlds identical to Earth somewhere out there

We do not actually know if the Universe is infinite, but we cannot rule it out. If it is, then it must be divided into a patchwork of regions that cannot see one another.

This is simply because the regions are too far apart for light to have crossed the distance. Our Universe is only 13.8 billion years old, so any regions further than 13.8 billion light years apart are utterly cut off.

To all intents and purposes, these regions are separate universes. But they will not stay that way: eventually light will cross the divide and the universes will merge.

If our Universe really does contain an infinite number of “island universes” like ours, with matter and stars and planets, there must be worlds identical to Earth somewhere out there.

It may sound incredibly unlikely that atoms should come together by chance into an exact replica of Earth, or a replica that is exact except for the colour of your socks. But in a genuine infinity of worlds, even that strange place must exist. In fact, it must exist countless times.

If so, then somewhere almost unimaginably far off, a being identical to me is typing out these words, and wondering if his editor is going to insist on radical revisions.[nice try Phil – ed]

It is possible that this is not the case at all. Maybe the Universe is not infinite. Or even if it is, maybe all the matter is concentrated in our corner of it, in which case most of the other universes could be empty. But there is no obvious reason why that should be, and no sign so far that matter gets sparser the farther away we look.

The second multiverse theory arises from our best ideas abouthow our own Universe began.

According to the predominant view of the Big Bang, the Universe began as an infinitesimally tiny point and then expanded incredibly fast in a super-heated fireball. A fraction of a second after this expansion began, it may have fleetingly accelerated at a truly enormous rate, far faster than the speed of light. This burst is called “inflation”.

There are many, perhaps infinitely many, universes appearing and growing all the time

Inflationary theory explains why the Universe is relatively uniform everywhere we look. Inflation blew up the fireball to a cosmic scale before it had a chance to get too clumpy.

However, that primordial state would have been ruffled by tiny chance variations, which also got blown up by inflation. These fluctuations are now preserved in the cosmic microwave background radiation, the faint afterglow of the Big Bang. This radiation pervades the Universe, but it is not perfectly uniform.

Several satellite-based telescopes have mapped out these variations in fine detail, and compared them to those predicted by inflationary theory. The match is almost unbelievably good, suggesting that inflation really did happen.

This suggests that we can understand how the Big Bang happened – in which case we can reasonably ask if it happened more than once.

The current view is that the Big Bang happened when a patch of ordinary space, containing no matter but filled with energy, appeared within a different kind of space called the “false vacuum”. It then grew like an expanding bubble.

Perhaps our Universe is simply one of a crowd

But according to this theory, the false vacuum should also experience a kind of inflation, causing it to expand at fantastic speed. Meanwhile, other bubble universes of “true vacuum” can appear within it – and not just, like our Universe, 13.8 billion years ago, but constantly.

This scenario is called “eternal inflation”. It suggests there are many, perhaps infinitely many, universes appearing and growing all the time. But we can never reach them, even if we travel at the speed of light forever, because they are receding too fast for us ever to catch up.

The UK Astronomer Royal Martin Rees suggests that the inflationary multiverse theory represents a “fourth Copernican revolution”: the fourth time that we have been forced to downgrade our status in the heavens. After Copernicus suggested Earth was just one planet among others, we realized that our Sun is just one star in our galaxy, and that other stars might have planets. Then we discovered that our galaxy is just one among countless more in an expanding Universe. And now perhaps our Universe is simply one of a crowd.

Read the remainder at BBC.com