For more than 50 years, we’ve been eavesdropping on the cosmos, searching for transmissions that would reveal the existence of intelligent, extraterrestrial life. Ironically, the idea of searching for ruined civilizations began at an academic workshop on “Building Habitable Worlds.” 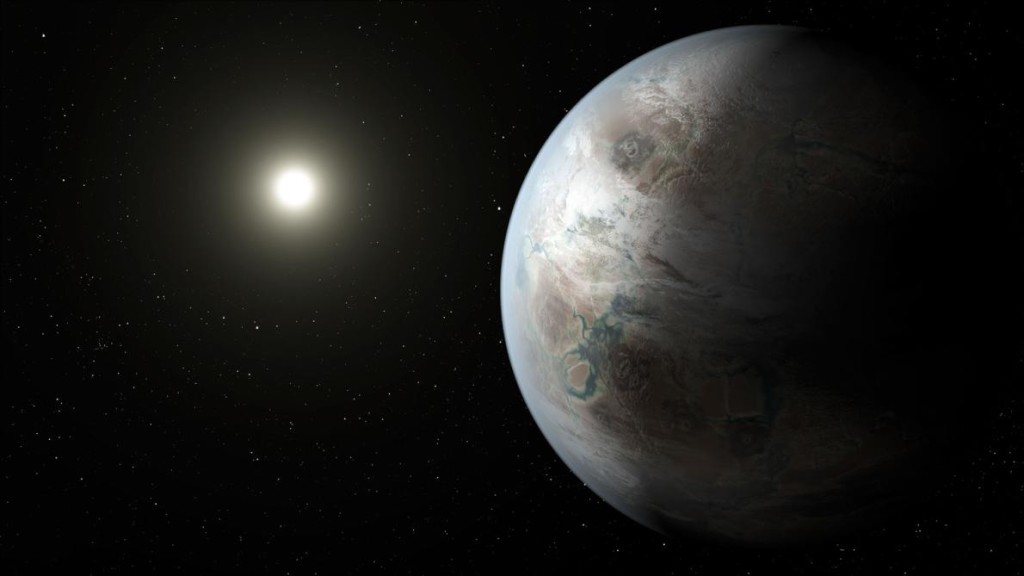 To date, nobody’s bothered to call.

Is it something we said?

One possibility is that we’re alone, or at the very least, the only intelligent civilization with a Zip code in the Milky Way galaxy. (Read “The Hunt for Life Beyond Earth.”)

And then, there’s the morbid alternative: Intelligent life periodically emerges on other worlds, but has an unfortunate tendency to self-destruct.

Sadly, it’s not implausible, given the devastation we’ve wrought during our relatively brief span as the dominant species on this planet.

That’s why a trio of scientists recently published a guide to help astronomers detect alien apocalypses—whether it’s the chemical signature of a world filled with rotting corpses, the radioactive aftermath of nuclear warfare, or the debris left over from a Death Star scenario where an entire planet gets blown to bits.

Call it SEETI, the Search for Extinct Extraterrestrial Intelligence.

Ironically, the idea of searching for ruined civilizations began at an academic workshop on “Building Habitable Worlds.”

“One of the concepts that we came up with was detecting the presence of life by detecting its own destruction,” says Jack O’Malley-James, an astrobiologist at Cornell University and one of the authors of the paper. “On top of telling us that there’s life out there, it also would give us a clue as to how common or rare we are as a civilization—and how long we could expect our civilization’s lifetime to be.”

The SEETI study builds upon techniques being developed for the next generation of telescopes to detect extraterrestrial biosignatures that would indicate the possible existence of alien life.

For instance, when looking at an exoplanet, oxygen in its atmosphere that is continuously replenished may suggest the presence of photosynthetic organisms.

Consider a scenario in which biological warfare rapidly wiped out a planet’s population. Microorganisms that cause decomposition would gorge themselves on alien corpses. In doing so, they would excrete chemical compounds, dramatically increasing the levels of methane and ethane in the atmosphere.

If the population size of the alien world were comparable to that of Earth, the methane and ethane gases would dissipate in about a year, so there would be only a short window of opportunity to detect the cataclysm.

However, if the biological arsenal included a genetically modified virus capable of jumping species, then the planet’s casualties might also include its animal life. In that case, the telltale signs of catastrophic biowarfare could be visible for several years.

We’ve narrowly averted nuclear war more times than we care to think. Other worlds might not have been as fortunate.

One clue that a civilization nuked itself into oblivion would be a change in the planet’s airglow. You’ve probably seen this phenomenon in dark night skies. High-speed electrons and protons, carried by the solar wind, smack into oxygen atoms in the atmosphere, causing them to produce a faint green light. Particles emitted by nuclear weapons would have a similar effect, generating “an order of magnitude increase in airglow brightness,” says the SEETI study.

An atmosphere’s chemistry would also be altered by the thermal effects of a global nuclear war. When a nuclear weapon explodes, the surrounding air reaches extremely high temperatures and then cools down relatively quickly. This results in a chemical reaction that produces tons of nitric oxide, which depletes the concentration of the ozone layer in the atmosphere.

These atmospheric changes would be observable for several years after the catastrophe, but their visibility would be impaired by yet another consequence of nuclear war: the significant amount of dust that would be lofted into the atmosphere.

Although unlikely, it’s possible that astronomers could see the “before-and-after” evidence of a nuclear war, if they observed a planet’s transparent atmosphere that later become opaque.

Of course, the atmospheric dust also could also be explained by natural causes. Instead of nuclear weapons, a large asteroid might have collided with the planet—although, granted, that distinction would matter little to anyone who was living there at the time.

Some of the doomsday scenarios contemplated by O’Malley-James and his co-authors fall into the category of speculative technologies. For instance, they raise the specter of the infamous “grey goo” apocalypse.

The theory, first postulated in the 1980s, considers the possibility of self-replicating nanobots that use carbon-based material to build more of themselves. If maliciously programmed, they could be a devastating weapon, turning all life into dust.

The SEETI paper suggests this disaster could be detectable for thousands of years, as some of the dust enters the atmosphere or covers the planet with unusually shaped dunes.

Among the most dramatic ideas, however, is the complete, physical destruction of a world, which could be accomplished by generating sufficient power to overwhelm the planet’s gravitational binding energy—in other words, blowing it to bits.

But, what sort of evidence would exist for this heinous act? One remote possibility is the detection of artificial compounds in the debris disc, indicating that the planet was once home to a technologically-advanced civilization.

Other than that, the only option would be to witness the actual destruction. If astronomers are unable to determine a natural cause, such as a collision with another planet-sized body, then they could tentatively consider “extraterrestrial foul play.”

“In time, the first evidence of extraterrestrial intelligence may come to us from the remains of less prudent civilizations,” the SEETI paper concludes. “In doing so, such information will bring us not only knowledge, but wisdom.”